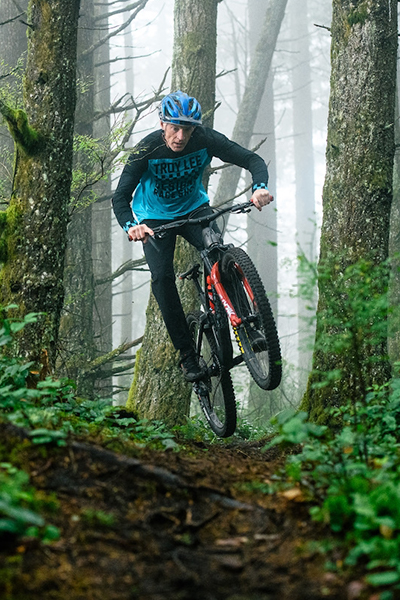 The Pacific Northwest is known for its diverse trail networks nestled in temperate rainforests that stay green 365 days a year. The bar is constantly being raised as builders incorporate man-made features with the natural technical nature of the terrain. Whether it’s a flowy loamer or a technical rooty chute, the PNW has it all. Gerry has a long history of being involved in the mountain bike world, first on the East Coast in New Jersey, and more recently in Bellingham, Washington. His story tells one of compassion and the power of community when he lost his best friend and wife.

Who are you? What’s your story?

I’ve been riding a bike since I was a little kid. Back then, I could barely touch the pedals, and my marbles took a beating from time to time, but I loved the freedom that a bicycle gave me. Over the years, I progressed from a cruiser bike delivering newspapers to racing BMX to riding road bikes. The love of the bike never changed, just the bike. At a point in time, I spent 10+years as a bike mechanic, becoming immersed in bikes and the community. I raced Super D & enduro on the east coast for about eight years before calling it quits staying closer to home. I was the Atlantic County rep for JORBA where I managed trails in four trail systems. I did everything from working with land managers to running trail workdays and everything in between. In 2016 I lost my wife after a 19 year battle with late-stage breast cancer. A year after she passed, I moved from NJ to beautiful Bellingham, WA. Now I am focusing on trail building with the WMBC, enduro racing, and enjoying time on the bike. 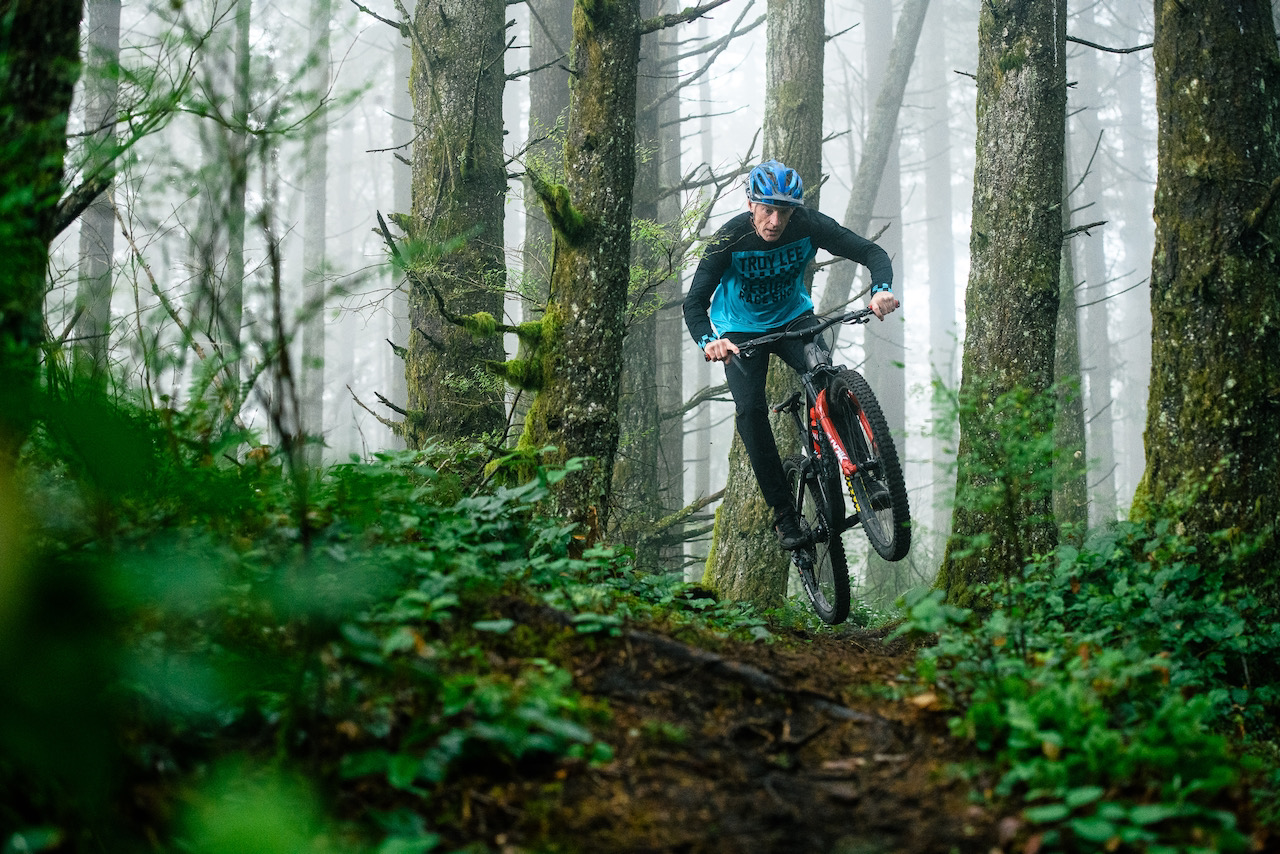 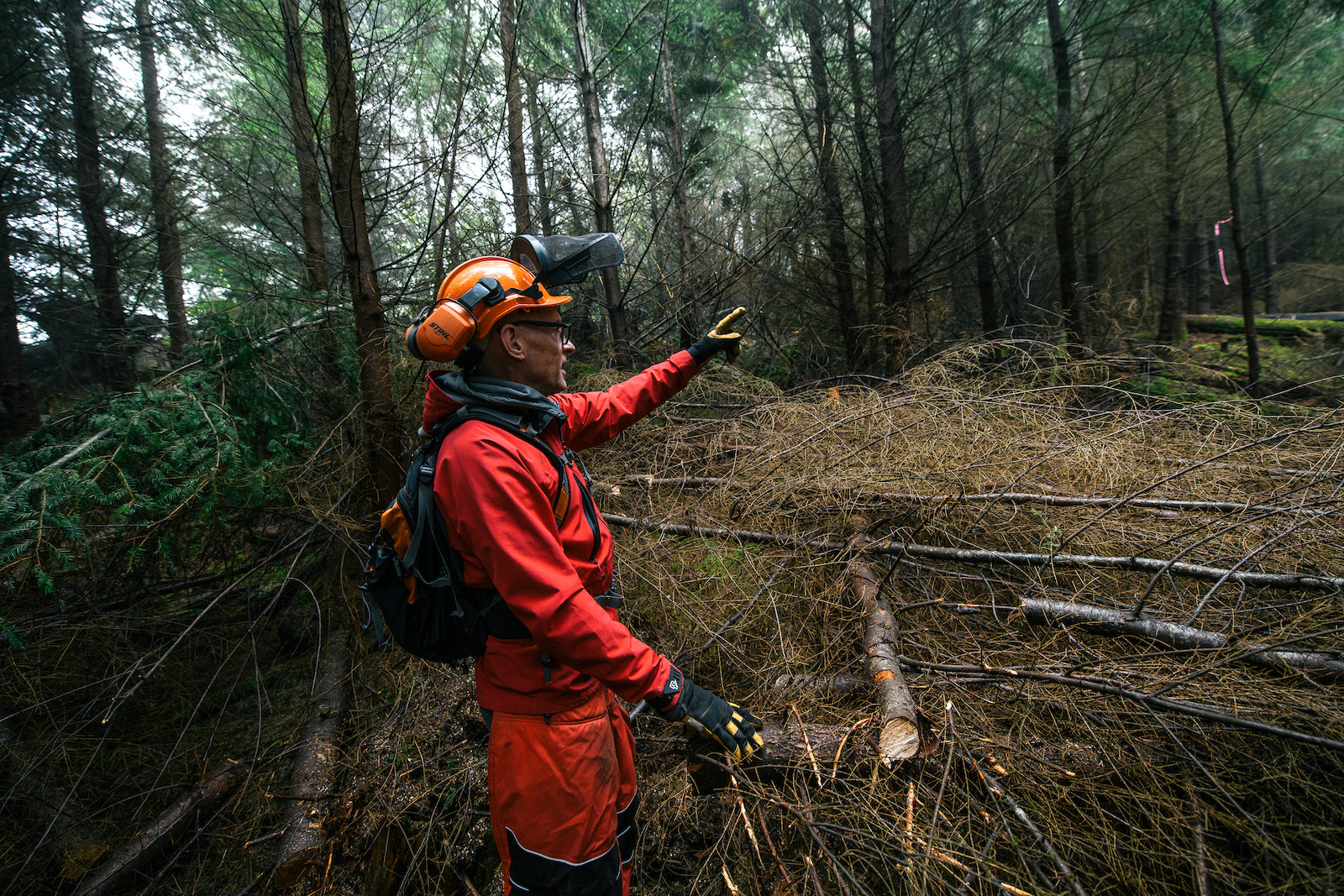 Swirlz was a much needed connector trail to get you to another trail, instead of riding a gravel road. The trail starts high with a loamer feel and then descends a ridge, down a short slab with a couple of drops and then changes to a bench cut trail that flows along the contour and exits out to an amazing view of Lake Whatcom and the surrounding mountains here.
Swirlz on Trailforks.com 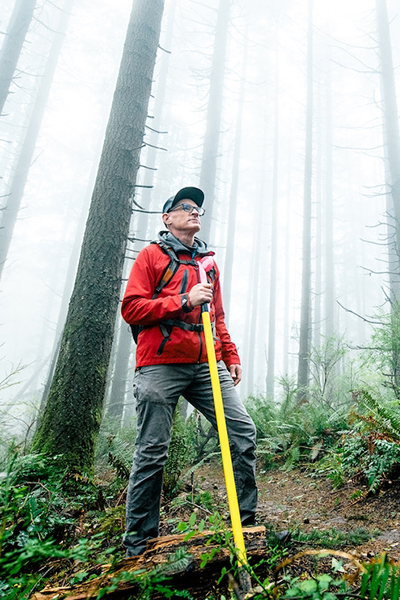 What was the inspiration for the trail?

I am a mountain biker and trail builder. I lost my best friend and wife, Susan, four years ago, after a 19 year battle with late-stage breast cancer. My story is an evolving one that I want to share with the mountain biking community. Since her passing, mountain biking and the mountain bike community have helped me get through this tragedy, deal with my grief, and move along with life. I’m no stranger to trail work, as I helped build and maintain a growing number of trails in southern New Jersey before I moved west in 2018. After getting to know the trail network here on Galbraith a little better, I reached out to my friend Eric Brown to get plugged in with what was going on with trail work. Eric, also known as “EB,” is the executive director of the WMBC (Whatcom Mountain Bike Coalition). I dedicated my first trail build, here in Bellingham, to my late-wife, Susan. Her nickname was “Swirlz.” That nickname developed after one of her first chemo treatments. The doctors told us that her straight hair could grow back in curly, and sure enough, it did.

What are some of the trail’s highlights?

The trail that I built in her name flows and swirls through the forest. It gives you speed and takes it away for a moment until you pump through a turn, over a roller, and then the flow returns. It’s not a long trail, but more of a “get from point a to point b in the most fun way” trail. The trail doesn’t solely bear her nickname for the route it takes. It’s about the uphill battle she endured and dealing with the adversity cancer treatment presented. This trail required a lot of work just to get to the digging portion of the project. This project was just what I needed, a challenge. I often thought of her struggles as each workday ended. It only made sense to honor her in naming this trail.