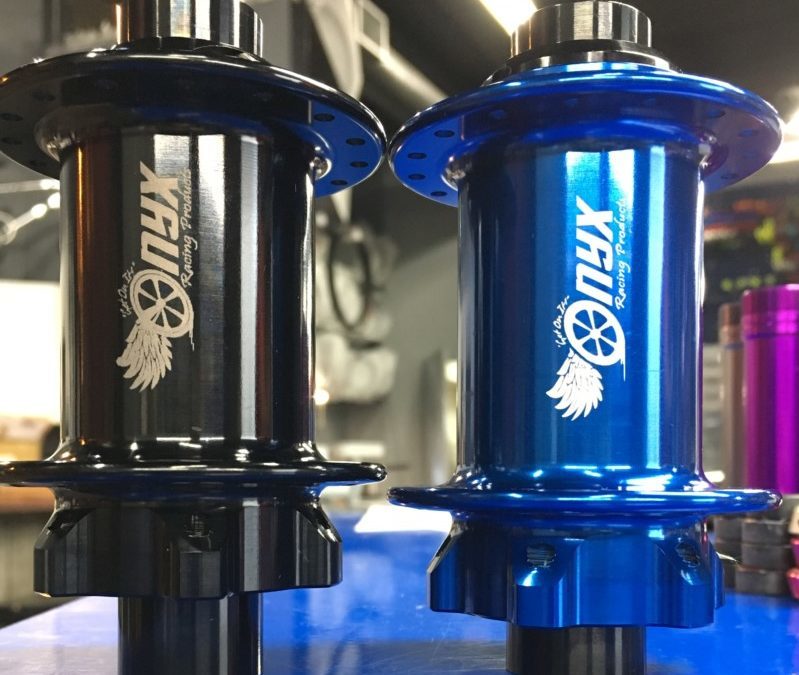 If you’re familiar with 20mm thru-axles and DH spacing, you must be thinking, wait. That already exists!? However, as is typical with the bike industry, this new standard was created to address a perceived problem. In this case, it was lateral wheel flex. The story of wheel flex in gravity machines is a relatively new one though. Before we go into the details of this new 110×20 Boost standard, it’s important to understand where the need for this new standard came from.

Historically DH bikes have always used 26″ wheels. 26″ wheels are strong, light and agile.  Even when 29″ wheels showed up on the XC and Trail scene in the late 2000’s, DH bikes stayed the course with their short and stout 26″ hoops. Testing was done with 29″ wheels on DH bikes, but at the time it didn’t make sense. The 29’er configured DH bikes were clumsy, slow and inefficient. Big wheels on a DH bike was quickly dismissed. Then about 5 or 6 years ago,  650b/27.5″ became widely accepted on trail and XC mountain bikes. This wheel size proved to be an excellent stepping stone for gravity focused machines to sample the benefits of a larger wheel without the drastic geometry and handling changes that would accompany a 29″ wheel. Soon 27.5″ was the norm on every pro level gravity rig.

As mountain bike geometries evolved, they became longer and slacker. The geometry tweaks resulted in longer wheelbases that were much more accommodating to 29″ wheels without some of the drawbacks they would have previously had with the older school geometries. When these new larger wheel sizes became the norm on XC and Trail bikes, this discussion of widening the hub and it’s flanges took place.  Since the bigger wheels lacked the steering precision that smaller wheels had,  engineers were looking at a way to mitigate this. The result is the current 148×12/110×15 boost standard that comes on almost every bike produced after 2016.

Suddenly the talk of a 29″ DH bike was back on the table, and several manufacturers  began to shift their focus to production level 29er gravity bikes. This is where the new hub standard comes in. A 29″ wheel is much more prone to lateral flex than a 27.5″ or 26″ wheel. By increasing the flange distance on the new 110×20 boost hub, you achieve more wheel stiffness. It was time to update the tried and true  20mm thru axle standard. 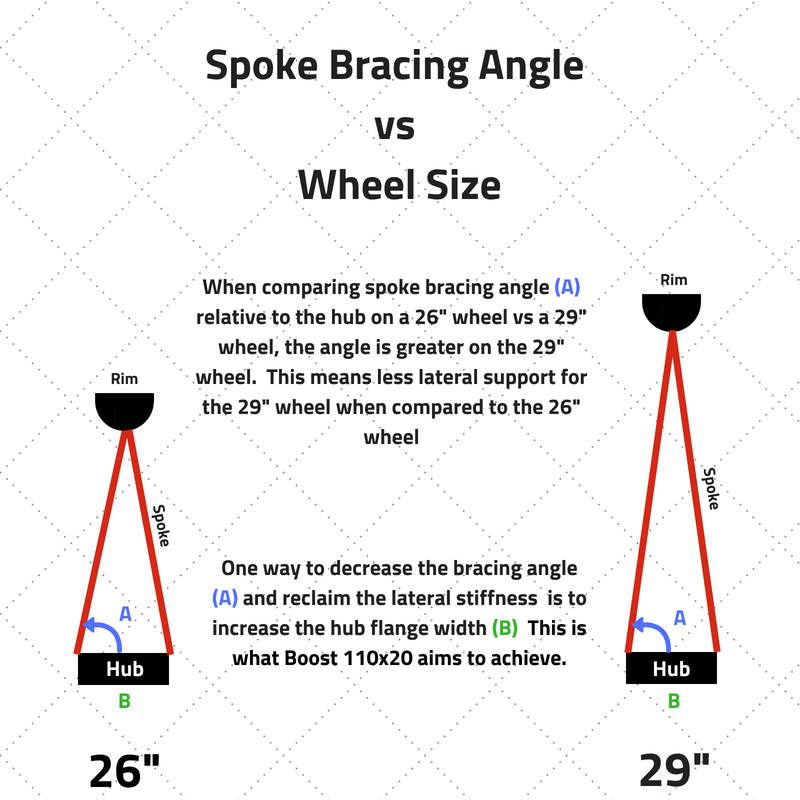 The difference is entirely in the flanges and the rotor spacing. Essentially the flanges have been widened 5mm. As mentioned previously, this decreases the bracing angle of the spokes relative to the rim, thus increasing lateral stiffness. The result of this flange width increase means that the brake rotor mount is also shifted 5mm out towards the fork leg. 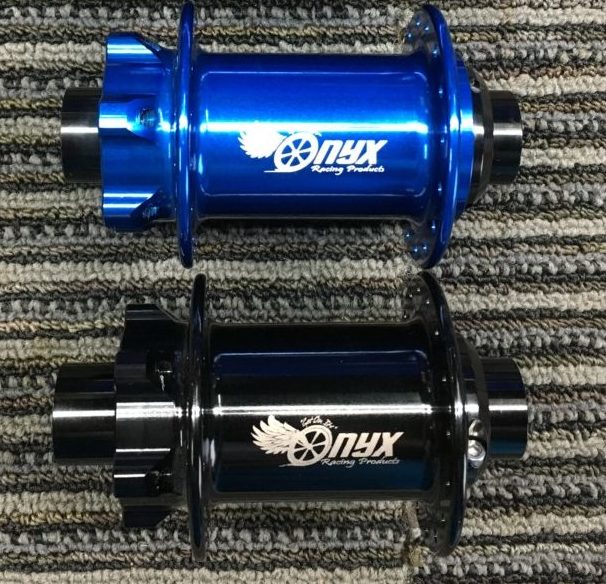 The good thing for current DH riders is that the hub axle spacing is the same, so older non DH Boost wheels will retrofit into new Boost DH forks. The only required modification is a 5mm shim between the rotor and ISO mount and the use of longer rotor bolts. Most manufacturers won’t recommend this retrofit of their hubs however, and would encourage you to upgrade to the new hub standard if you have one of the new forks. 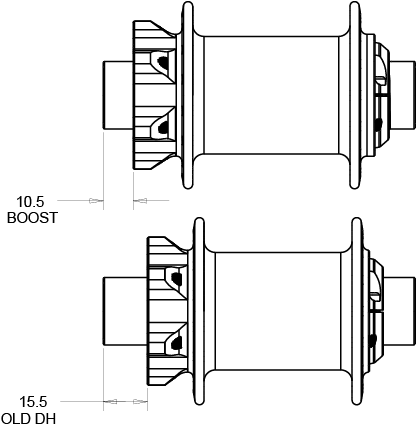 Currently DVO suspension and Suntour are the only ones offering DH Boost as an option. However with leaked rumors of an upcoming Fox 49 (29″ DH fork) and the likelihood that Rock Shox will follow suit, we wouldn’t be surprised if this standard becomes mainstream. Only time will tell.  For hub options, Onyx recently released their version of the Boost DH hub (pictured above). Other manufacturers will likely follow.