NOBL is made up of composite experts, cycling industry veterans,  national level athletes, world cup mechanics, trail builders and shredders, who all contribute to the development of our products.

We’re custom wheel specialists. We understand what it takes to produce a wheel that meets the requirements of today’s demanding riders.

We’re entering our 7th year of business and are proud of what we’ve accomplished so far, and look forward to what the future has in store!

We’re here for you,
from start to finish

Our goal is to ensure your purchasing experience is the best it possibly can be.

We’re here to answer all of your technical questions and concerns. We will help you select the ideal rim whatever your riding style, and walk you through the build kit process.

All wheelsets purchased directly from NOBL are eligible for lifetime service. If you’re more a DIY’er, we’re happy to provide assistance, or point you towards resources from our partner brands.

From XC Pros to DH shredders and average Joes; we have a wealth of experience. Paired with over 75 collective years working in the cycling industry as mechanics, sponsored athletes,  and product experts, we have a superb understanding of the demands of today’s riders.

We keep in touch

Considering our rims? We’re available to answer your questions and assist with your purchase. Already made a purchase? We’re here to help with service and support. Whether you call, email or contact us through social media, you can expect a timely response. We take our customer service seriously!

We offer two levels to our Warranty and Crash Replacement policies. Our Standard Warranty is the best option for most riders, covering five years of protection. Those looking for extended coverage can purchase a Lifetime Warranty upgrade on all 2019 products.

Direct NOBL purchases gain you a lifetime of service on hubs, truing and tune ups – all free of charge. We find most of our customers take advantage of this during the off season. You only pay for parts and shipping.

Born out of the unforgiving terrain of British Columbia’s west coast, NOBL Wheels has humble origins. What began as a hobby for Trevor Howard in 2012: blending his background in aircraft composites with his experience in wheel building, NOBL soon grew from a side hustle to a full time job.

The following year Trevor partnered with Ryan Kononoff, a successful entrepreneur in the tech sector, to take NOBL to the next level. After recognizing a void in the market, NOBL sought to produce the toughest and highest value carbon wheelsets available.

Headquartered in the gorgeous Fraser Valley, British Columbia, we partner directly with factories and suppliers producing the highest quality components.

NOBL starts to build wheelsets using rims sourced from a variety of manufacturers. Experimentation with layup tweaks create the foundation for the development of our own products.

January: NOBL designs its first unique and proprietary rim. The 27.5″ TR38: burly, stiff and hookless. It would prove to be a game changer for aggressive riders who opt for high volume tires.

April: The TR38 is introduced to the masses!

August: Seeing the demand for a wide and strong MTB rim from the 29er crowd, the 29″ TR36 is released. For the demanding XC rider, the TR28 was also conceived.

May: An extended trip to Taiwan with numerous carbon manufacturer visits, provides insight into the ever changing composite market.

August: A second trip to our factory in China lends itself solely to the testing of new layups and profiles based on some new designs by NOBL. The resulting technology would end up being featured in the 27.5 and 29″ TR33 rim.

Sept: The idea of a complete NOBL wheelset is born. A partnership with Onyx Racing Products results in the NOBL hub. The Onyx internals feature the cutting edge sprag clutch which offers instant engagement and the lowest drag in the industry.

October: The TR33 designs are finalized and readied for production. Meanwhile, testing of our first single walled rims designed for aggressive riding begins.

June: A relationship with Sapim Spokes and Nipples is forged, paving the way for NOBL to become an official distributor in Canada.

August: The 2016 season proves to be a banner year as NOBL Wheels find themselves under several talented athletes. When the dust settled the highlights were series wins in Open and Pro men’s categories at the Canadian National Enduro Series.

September: NOBL expands its facilities into a larger warehouse and remodelled office building in Abbotsford, BC.

November: The NOBL team grows to eight and gets ready to take on 2017!

August: The popular TR38 is redesigned with a new mould and production process and, for the first time ever, available as a 29er.

October: NOBL Wheels moves into an all new warehouse and shop in Yarrow, BC just minutes from the world class riding at Vedder Mountain

November: NOBL develops new moulds for the TR33 and TR36. The new moulds use an all new production process where the rims comes out of the mould as a finished product leaving them both stronger and more scratch resistant.

January: All warehousing, service, wheel building, and customer service moves to the new NOBL facility in Yarrow, BC.

May/June: The NOBL team continues to expand with the addition of another 2 wheel builders and sales representative.

Check out what people are saying… 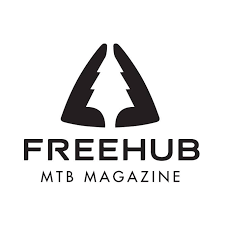 “In the past two months, I’ve learned two things. The first: wheels make a world of difference on a bike. The TR38s are sturdy, snappy and outrageously fun—they changed my experience of riding. Secondly, I have no trouble putting my full faith in NOBL and these wheels.”

“I put the TR36s through multiple harsh impacts on the jagged, volcanic terrain of Bootleg Canyon in Boulder City, Nevada, where I expected my silent ride to start whimpering with a broken spoke or cracked rim. But the TR36 wheels didn’t flinch.”

“The TR33s have a lot going for them, including bombproof construction, no proprietary bits that will prove a nightmare to service, completely silent operation and very, very fast engagement. Nobl has built a hassle-free set of hoops that will take a beating.” 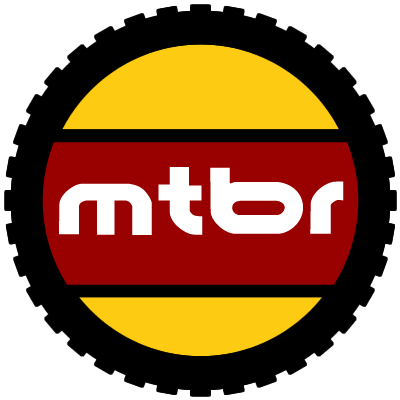 “…its rims offer the closest feel to aluminum wheels I’ve found in carbon, where they move with the rider, especially under load. NOBL did considerable research to cut their own path and the package it put together shows.”